10 Bad Habits Of Children That Parents Do Not Realize

In fact, parents tend to overprotect their children outside, but watch them less in these situations. However, some hidden dangers exist in places that are obviously safe for children, such as playgrounds or even at home.

Here is a list of all things that might seem safe but may actually be a potential danger to your children. 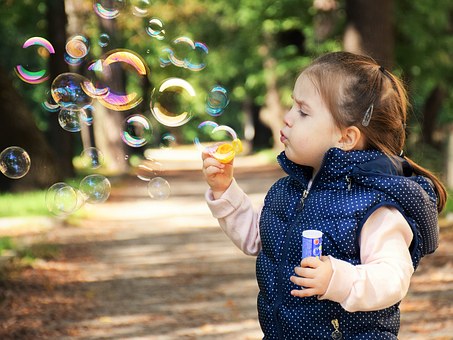 1- Let them practice dangerous sports
Playing a sport brings many benefits to your children. Nevertheless, there is also a specific list of sports that can be potentially dangerous for them.

According to scientists, some sports such as ice hockey, martial arts, boxing, wrestling and rugby can cause multiple head injuries and pose a risk of brain damage. Also, some sports can cause scoliosis over time.

2- The sitting position in W
When playing on the ground, children are often in the W position. However, you should know that this is probably the most dangerous position for children.

Indeed, the osteopath Avni Trivedi said in an interview that this position has become "a new epidemic of health" that can have a significant impact on the development of the joints of the leg and hip, weaken the muscles of the trunk and put extra pressure on your back, neck and shoulders.

3- Exposure to tablet screens
Children spend more and more time in front of screens, especially those on tablets.

Doctors advise parents to reduce exposure time to avoid headaches, dry or irritated eyes, but also neuropsychological symptoms such as attention deficit and irritability. It can also affect their sleep and waking cycle.

4- The toboggan on your lap
Most parents think that for the toboggan, it is safer to slide their children on their knees. This is an extremely dangerous practice that can cause leg fractures in children.

As pediatrician Dr. Diane Arnaout explains, the weight of the parent pushes them at a considerable speed and does not protect them from accidents.

5- Standing on a chair
This is one of the most common causes of injury in children, especially those in infancy. Children try to climb everywhere, including chairs, but be careful because falling high chairs can cause head trauma and concussion.

6- The game in the mud
Children love to get dirty playing outside. However, what needs to be considered carefully is where they play as they can be compounded with all kinds of bacteria and health-damaging products, especially lead.

Indeed, even though leaded paint in homes has been banned, there are still places like barns, garages and old homes where they can be exposed.

7- Jumps on trampoline
Many parents have installed trampolines in their garden to the delight of their children. Nevertheless, be aware that this seemingly harmless jumping device can be detrimental to children.

According to the instructions of the American Academy of Pediatrics, trampolines should not be in a house with children. This is because jumping injuries occur very often: fractures, head injuries, concussions, and more serious trauma that can lead to irreversible brain damage or even death.

8- Mowing with family
Lawn mowers are heavy and extremely dangerous machines. They can easily harm a young child who would probably want to come close to it out of curiosity and see how it works. To avoid injury, it is best to keep them away and keep this device out of reach of your children.

9- Climbing
Playgrounds are the preferred destination for children and parents, but ongoing monitoring is necessary for children to return home safely.

Some accidents are caused by climbing. While this sounds fun and sporty, climbing is one of the most common causes of falls and serious injuries.

10- The bike without helmet
It is not surprising that cycling is one of the children's favorite activities as it gives them a sense of freedom and entertainment. However, riding a bike must be done responsibly.

Wearing a helmet is a great way to prevent it. Also, it is also important to never let your child pedal unattended.
Advertisement