It would be wrong to claim that women have a specific preference for men. Tastes and choices differ from one woman to another. Some like them blond and strong, others brown and small. On the other hand, a woman may be attracted by the only personality of the man, notwithstanding her physique whether attractive or not.

Attraction and love work enigmatically. We are unable to detect the exact reason for our attraction to a person; there are, without a doubt, invisible forces that determine the criteria of our choices. Physical appearance, values, interests or personality undoubtedly influence our attraction to the opposite gender.

However, attraction remains a personal and individual affair for each individual. Indeed, although some men are not Apollons, they still have the ability to please women. And for good reason, their intrinsic personality that differentiates and distinguishes them, and as a result, makes them more attractive. 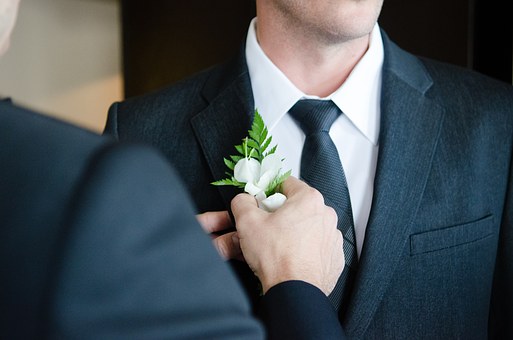 1- A man who has a sense of humor
Humor could be a seductive power for those who know how to make good use of it in a subtle way. He is a facilitator of social relations, and it is an art and an asset of seduction that are not given to everyone. It is not surprising to find that most famous comedians are accompanied by the most beautiful women. The man with his sense of humor becomes the center of interest and thus exerts a symbolic dominance, something that some women might seek.

2- A man who is tactful
By tact we mean prudence and subtlety in the verbalization of words and actions. Touch, considered physical contact, can create a strong bond between two individuals. Most women have more respect for men who apologize when they feel wrong, than for those who are indifferent to the sensitivity of the woman who faces them.

3- A romantic man
Send a pretty bouquet of flowers, a sweet little word, if it is romantic, is the wish of women. They appreciate being in the presence of a kind, non-aggressive and respectful man. Tenderness and attention are the first fruits of foresight, and precursors of a feeling of security felt by the woman.

4- A faithful man
Many women fear the infidelity of their man. But a faithful man has no secrets for his wife and always finds time to spend with his beloved. In fine, he is trustworthy.

5- A gallant man
Brands of gallantry attract women because it indicates a certain degree of education. Provided that this quality is spontaneous and not used as an ephemeral and theatrical seduction technique.

6- A generous man with a heart
Generosity is vast and also encompasses that of the heart. Empathy and compassion are rare virtues these days. A man stingy with generous feelings and deeds would not attract much interest from a woman.