Home Facts Evening Or Morning? When Is The Best Time To Drink Lemon Water?

Evening Or Morning? When Is The Best Time To Drink Lemon Water?

You've probably heard about it, this new Hollywood routine of drinking lemon water in the morning when you wake up. The stars and influencers of the media world swear by the lemon and its multiple benefits. These are indeed indisputable and have been acclaimed by several nutritionists and health specialists.

The debate is real and focuses on the best time to drink lemon water. Would it be better to take it in the morning on an empty stomach, or in the evening before going to bed? 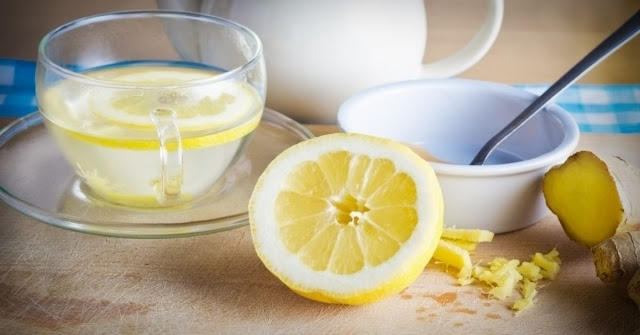 The benefits of lemon water

We have all heard about the benefits of lemon. If your main concern remains your chronic indigestion, the lemon will be a source of relief for you because it is rich in fiber. It contains, among others, pectin. It is a soluble fiber that promotes the proper functioning of your intestinal flora, and therefore your digestive system. A cure based on lemon water would also allow better assimilation of nutrients. This would also promote lipid metabolism, if your goal is weight loss as well. Pectin is also favorable for the synthesis of intestinal hormones.

During the winter season, a cold or flu are minor infections, but disabling on a daily basis. Lemon will provide enough vitamin C to strengthen your immune system.

In addition to its detoxifying virtues, lemon contains polyphenols that allow you to stabilize your weight, and avoid the accumulation of extra pounds. Vitamin C promotes the synthesis of noradrenaline, a neurotransmitter that limits the storage of fat.

Lemon will also be your best ally against risk factors for cardiovascular disease. It has a high content of trace elements, including potassium. The latter protects you against the onset of cardiovascular disease, and reduces the risk of cerebrovascular accidents. It also helps regulate the level of cholesterol in the blood.

Lemon water: should it be taken in the morning or in the evening?
Until now, there has been no scientific evidence or not, that the lemon water at night would be harmful to your body or would have any mischief.

The first idea was that vitamin C would prevent sleep, and stimulate activity. This popular belief has its origins in the precautions cited on vitamin C supplement tubes, as it would be better to take it in the morning or in the afternoon. But this warning dates back to the 30s, when the first marketing of this vitamin. These bases are based on the role of vitamin C in the synthesis of dopamine, the hormone relating to awakening and activity. Since then, this assumption has not been subject to any re-evaluation.

The only question that arises is the disruption of your sleep cycle, not by vitamin C but by your urinary cycle. To better explain, your need to urinate decreases at night to allow you to sleep between 6am and 8am without interruption. However, a lemon intake would increase your chances of interruption of this cycle, and therefore a lower quality of sleep. This is particularly the case for people with urinary incontinence and it would be best for them to use it to hydrate throughout the day.

For those who do not suffer from this problem, lemon water would allow them a good hydration to burn calories, speed up the metabolism and give a boost for a detoxification of the body during the night.
Advertisement