Home Facts Well Being We Are What We Eat: Here's How Nutrition Affects Brain Health

We Are What We Eat: Here's How Nutrition Affects Brain Health

"Let your food be your only medicine," these words of Hippocrates echoed throughout the ages. Several years later, this famous quote proves to be more justified. Indeed, everything we eat has a particular influence on our body. Micronutrient deficiencies or dietary imbalance can lead to organ dysfunction. Nevertheless, if the role given to food to ensure the health of individuals is now undeniable, its properties on the brain are still little known to the general public. 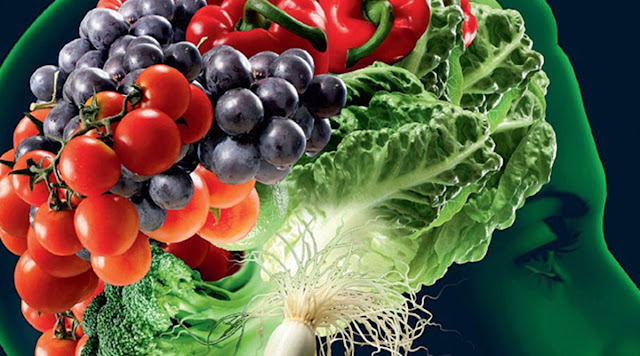 Today, we know more than ever that to be healthy, we must provide the foods of choice to our bodies. Thus, the World Health Organization highlights the correlation between an unbalanced diet and a number of diseases. These include diabetes, heart disease and stroke. As a result, many health care institutions are continually praising the benefits of a healthy and balanced diet to protect the body.

But did you know that the food and drinks you consume can also influence your mental functions?

Food and the brain: a correlation still little known
Like all the organs of the human body, the brain carburizes through food. Even more: the brain consumes 20% of the body's energy alone. As a result, it is attributed the role of the most energy-consuming organ of the human body. In addition, it also spends a lot of energy processing external information and ensuring body movements and cognitive functions. In addition, this organ has nearly 100 billion nerve cells that communicate with each other through electrical signals. Eva Selhub, a world-renowned physician and speaker, says the brain needs to be constantly fed the right way. Thus, it reveals that a diet can have an impact on the psychic health of an individual.

How is this going?
According to the doctor Eva Selhub, the food consumed has a certain influence on the cognitive abilities and emotions of an individual. Hypothesis supported by Fernando Gomez-Pinilla, researcher at the Department of Neurosurgery at UCLA in Los Angeles. Through his research, the expert reveals that diet affects the plasticity of neurons and thus influences emotions and cognitions. Indeed, certain nutrients act on brain cellular processes and influence cognitive abilities.

Thus, foods rich in antioxidants such as fruits and vegetables would protect brain cells from free radical damage. In addition, we often hear that the intestine is our second brain. Indeed, macribiote produces hormones, including serotonin, also called "happiness hormone". According to Dr. Eva Selhub, the gastrointestinal tract consists of one hundred million nerve cells that impact not only digestion but also mood.

Thus, intestinal bacteria play an important role in regulating the emotions felt. As a result, people who take probiotics find that they are less prone to stress and anxiety. In addition, some dietary programs such as the Mediterranean diet are known to improve cognitive performance and improve memory, as confirmed by Dr. Drew Ramsey in his famous book "Brain Feeding."

Indeed, some diets contain micronutrients that have been proven to prevent depressive symptoms.

What diet to take care of our brain?

Some micronutrients are essential to protect brain health:

- Against strokes: caffeine, fruits and vegetable.

- Against neurodegenerative diseases: spinach, broccoli and grapes, apricots and carrots

This non-exhaustive list includes certain foods that are generally found in the Mediterranean diet. In addition, it is strongly advised to limit processed foods, salt and sugar-rich beverages. In addition, it is recommended to focus on whole cereal products, eat fish at least twice a week and increase its intake of fruits and vegetables. Finally, it is necessary to maintain a varied and balanced diet to take care of the brain cells.
Advertisement