Learn how easy it can be to get rid of mice and rats using 3 easy tips so as to deal with mice infestations in your home. Formerly feared because of their association with the plague, rats are still highly undesirable today in all places regularly frequented by humans. Indeed, although we no longer have to worry about the plague in the 21st century, we continue to associate these small rodents with dirt and disease. In addition, the presence of rats is not desirable anywhere because of their "impurity". For this reason, we have looked for some effective and cheap methods for you to get rid of mice at once .

This is called musophobia, this fear of rats and mice can sometimes lead to uncontrolled panic reactions. A source of worry, these small rodents arouse ancestral fears and are, in the general unconscious, synonymous with insalubrity. 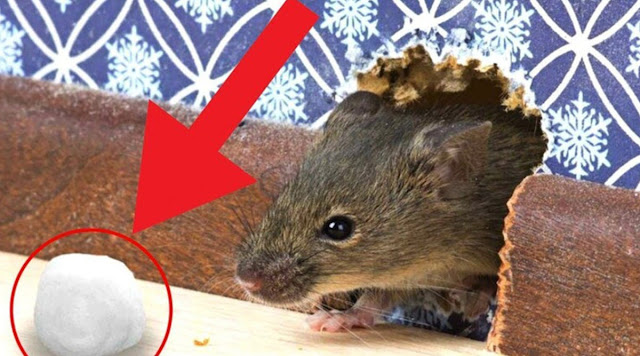 The fear of mouses has not always be rational and recalls that although these beasts do not benefit from "a capital sympathy", they are not as dangerous as one could believe. The rats can actually transmit diseases to humans. Nevertheless, it would be mainly infectious diseases in case of bites or scratches, relatively rare situations, these rodents having more tendency to flee against a man than to attack it.

As for the plague, the experts says that contrary to popular belief, it is transmitted only by bites of fleas living on the black rat, a species that has disappeared from the cities since the invention of sewers.

As you can see, the risks of contamination are rare, but they are not impossible. So, if you have the bad surprise of finding these unwanted guests at home, here are 3 effective and economical methods to overcome them.

Signs that there is a rat in your home or workplace

Rats being nocturnal animals, it is often difficult to cross them. Indeed, these little animals tend to activate during your sleep, reducing your chances of discovering that your home is infested. However, they inevitably leave traces behind them that will allow you to detect their presence:

1- The plaster
In order to apply this method, you will first need to find the place that rats usually frequent, a corner that is easily accessible to them. Then, it will be necessary to place a solution of plaster which you will constitute yourself in order to bait them.

To do this, mix salt, flour and plaster in a container you no longer need. Then place the container in the corner where you usually see the rats. The latter will be attracted by the plaster solution which will then be fatal because of the extreme thirst they will feel and the hardening of the plaster over time.

However, in order for this method to work, you will need to make sure you do not leave any crumbs on the floor or on the surfaces so that the rats are hungry enough to eat the plaster solution.

2- Soda
As with the plaster method, you will need to spot the usual corners of your rats to use the soda technique. When this is done, simply place several small bowls - small enough so that the rats can drink - filled with soda in these places. This should be enough to eliminate them because of the gases contained in the soda that are not digested by the rats.

3- Chocolate
This technique is very similar to that of plaster, except that its effectiveness is accentuated because of the use of chocolate.

To achieve this, simply add melted chocolate or even small chocolate chips to your plaster solution. This will increase your chances of eliminating these rodents as chocolate is known to be toxic to them.
Advertisement