Home Facts 7 Foods Doctors Warn To Be Toxic For Health

7 Foods Doctors Warn To Be Toxic For Health

Certain food products can be harmful to health and cause serious illness. Here are the 7 toxic foods to ban from your diet. There is no question that food has a direct link to health. Eating a healthy and balanced diet is therefore a necessary condition for a healthy lifestyle. Indeed, introducing bad food into our body is not only risky behavior, it is also the safest way to harm the body. Healthline sheds light on the foods that should be banned from our diet and which are also foods that doctors ask their patients to avoid. 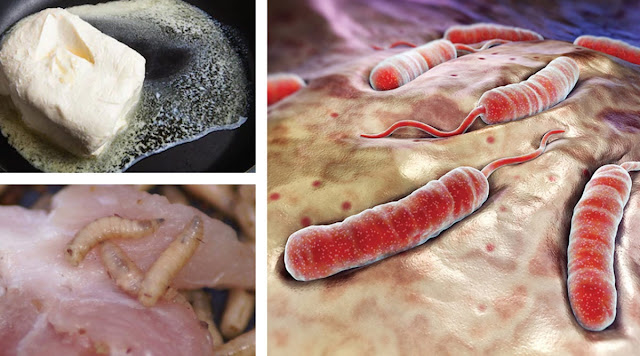 Eating habits have been ingrained in us since childhood and shape our tastes. In addition, the advertisements unintentionally reshape our food, to the point of pushing us towards a food potentially dangerous for our health.

However, with an awareness, we can distinguish healthy foods from those that are not. Here are the harmful foods to banish from your diet or at least eat with moderation.

1- Sweet drinks
In bottles or cans, these liquid drinks are not assimilated by our brain as a solid diet, which has the consequence of increasing their consumption and at the same time their caloric intake. However, the sugar they contain is the worst ingredient and for good reason, it would cause insulin resistance and can be associated with diseases such as fatty liver, type 2 diabetes and cardiovascular disease. Without forgetting that the reduction in the consumption of sugary drinks whether carbonated or not is linked, according to a study, to a reduction in weight gain.

It would be better to replace these drinks with water with lemon slices, or coffee or tea without sugar.

2-. White bread
It is made from refined wheat flour. The peculiarity of the latter is that it is low in fiber and essential nutrients and contains a high content of carbohydrates, thereby causing spikes in blood sugar and bloating at the same time. Note also that the reduction in consumption of white bread, as this study highlights, would be associated with a reduction in weight. It would be better to opt for wholemeal leavened bread which remains healthier.

3- Breakfast cereals
Our kids love it, yes, but at what cost! The beans contain a large amount of added sugar and for good reason, they are roasted, pulped and could even taste like tempting treats.

Choose cereals rich in fiber and low in sugar or make a homemade oatmeal preparation.

4- Fried foods and barbecues
Cooked at high temperature, food contains harmful chemical compounds, including acrylamides, acrolein, heterocyclic amines or even hydrocarbons. According to the food observatory, the latter, which are more specifically called polycyclic aromatic hydrocarbons (PAHs), are released due to the smoke produced by the combustion of materials such as wood or charcoal when grilled. To prevent these risks, ANSES recommends cooking meats in the heat of embers and not in direct contact with the flames.

If you want to mitigate these dangers and favor healthier cooking, opt for steaming or boiling.

5-. Pastries
Prepared from refined wheat flour and added fat, these treats that stir our taste buds are harmful when eaten daily or in large quantities. The “shortening”, sometimes added and which is a fat composed of hydrogenated vegetable oil, contains a high amount of trans fat, which can affect health.
If you cannot do without dessert, opt for Greek yogurt or dark chocolate.

6- Fast food
Most of the ingredients in fast food are rich in sodium, saturated fat and processed meat which remains according to a study, associated with a risk of coronary heart disease and diabetes.
Opt for homemade burgers made with wholemeal bread and white meat without GMOs.

7- Ice creams
Loaded with sugars and caloric substances, this delicacy appreciated by all is a source of weight gain, without forgetting the harmful effects of the sugar it contains.

Make your own ice cream from healthy, sugar-free fruit.
Advertisement