Home Tips How to Get Rid of Bags Under The Eyes

How to Get Rid of Bags Under The Eyes

Nearly 85% of women in their fifties, the bags under the eyes do not spare less male or younger. Indeed, if aging can accentuate their appearance, the bags remain inconvenient aesthetically because of the swelling associated with them. Transient for some and permanent for others, they are far from inevitable, as long as we understand what causes them to mitigate their effects. From a better lifestyle to natural remedies to get rid of it, overview of this scourge of everyday life. 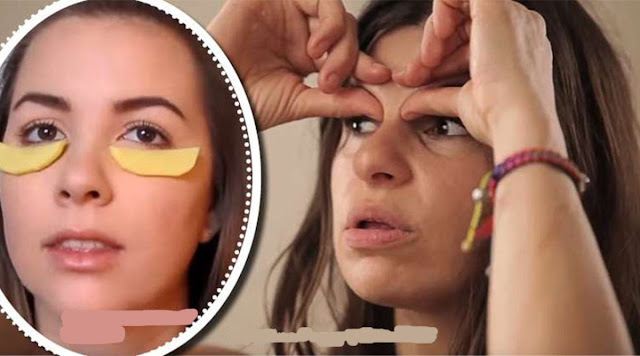 Generally, the bags under the eyes are associated with a slowing of the lymphatic circulation which promotes the accumulation of fat under the lower eyelid. The drainage is not optimal, swelling occurs due to a greater water retention. Apart from certain genetic factors which predispose certain people to develop them, the hygiene of life plays a key role in their appearance.

What is attributed to the appearance of the bags?
Lack of sleep, stress and fatigue are usually to blame for these unsightly growths. Often, it is enough to watch late or spend an hour more than usual in front of the screens to wake up puffy face, marked by what is familiarly called "suitcases" under the eyes. Their volume is usually variable, which may be more important on waking than at the end of the day, since during the night, the lymphatic system slows down. According to dermatologist Nadine Pomarède, there are two types of bags under the eyes:

Bags related to water retention
Water retention usually means excess salt, unhealthy lifestyle or unhealthy diet. That tobacco and alcohol consumption can accelerate their appearance or increase their effect. In this case, an edema will form under the eye, causing the appearance of bags under the lower eyelid.

The fat bags
As for the bags  related to a fat accumulation, these most often develop over time, resulting in a mass of greasy deposits that will form bags under the eyes. This fat is normally present in the orbit of the eye and serves to protect it, but because of the muscular relaxation associated with old age, muscles can become less tonic, leading to fat accumulating to form a kind of relief. .

When bags are attributed to aging, it is obviously more difficult to fight against nature. But in the case of bags related to an unhealthy lifestyle, it is essential to reduce your salt intake and avoid alcohol and tobacco. Rest is also essential to promote a fresh face upon waking, so adequate hours of sleep are strongly recommended.

- Spread your fingers slightly from each other, and from the cleavage to the skull, apply small pressure on the skin for 2 minutes to restart the lymphatic circulation

- Always using your fingers, re-energize the eye area before applying your morning treatment

This trick is to be followed regularly to promote lymphatic circulation and fight against water retention.

Other natural remedies
To enhance the action of your morning beauty ritual, there are many tips to include in your routine to find a fresh look and fight against fatigue and bags under the eyes. Femme Actuelle is back on these tricks of timeless grandmothers:

1- Cucumber and potato rings
For this first tip, cut a fresh cucumber into slices and place it on your bags for about 20 minutes to decongest the eyes. If you do not have one at hand, take a raw potato and cut it into slices (2 are enough). Place them in the fridge for 10 minutes then put them on the inflated area. Leave on for 15 minutes for a restful look.

2- Ice cubes or spoon in the fridge
Take a few ice cubes and wrap them in a clean cloth or tissue and place them on your bags , keeping them in position for 10 minutes. The cold will help decongest the eyes.

Another alternative: the spoon. To anticipate the puffy face of the morning, place two in your fridge, the day before bedtime, and apply them to wake up on the eyes after washing your face in cold water.

3- Green tea and milk cloud
For this last trick, let cool green tea bags previously used for an infusion. When they are at room temperature, put them on your eyes and leave on for about 15 minutes.

As for milk, you can use it to soak two slices of cotton that you place respectively on each eye, leaving about 15 minutes.
Advertisement