Home Well Being How To Fight Heartburn From Helicobacter Pylori

How To Fight Heartburn From Helicobacter Pylori

Infection of H. pylori bacteria can cause stomach inflammation including ulcer and gastritis problems. Here's how to get rid of Helicobacter Pylori. By definition, a pathogen is a factor capable of causing disease or injury. It can be a virus, a mold, a parasite or even a bacteria. Thus, each agent, depending on its nature, can cause different health problems. When it comes to stomach problems, including ulcers or gastritis, it is usually Helicobacter Pylori that is responsible which affects 15 to 30% of the population. 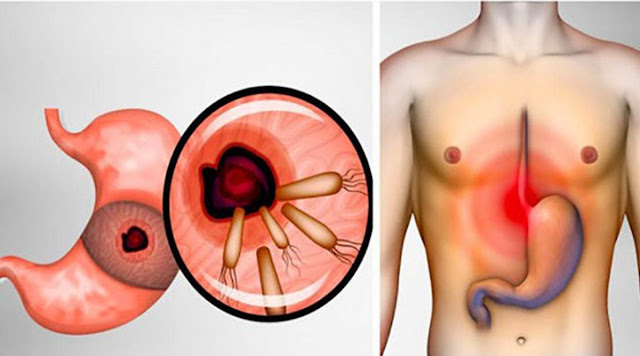 A bacterium with a tapered spiral structure, the Helicobacter Pylori (H. pylori) is only present in humans and can live in the body of an individual without the latter being aware of it. According to Dr. Michael Bismuth, a medical specialist in hepato-gastroenterology, contamination occurs mainly during childhood and therefore goes unnoticed.

Even if it is sometimes difficult to identify precisely its action on the body, here are some signs and symptoms to consider:


According to the Canadian Cancer Society, certain factors could be the source of contamination by the H. pylori bacteria, namely: the use of infected water, unhealthy hygiene, poorly washed food, or even contact direct with the stool or saliva of an infected individual.

How to fight against H. pylori bacteria?

If the H. pylori bacteria can cause many complications, you should know that its presence in the body is not exclusively linked to a high risk.

However, as stated by the French National Society of Gastroenterology (SNFGE), Helicobacter pylori infection leads to the development of gastritis, an inflammation which in 10% of cases could cause a duodenum or stomach ulcer .
For this purpose, Bella Lindemann, certified practitioner in functional nutrition diagnosis and digestive health specialist recommends certain natural foods which, although they do not completely destroy the bacteria, reduce inflammation. The latter have also been identified by scientists in the context of a study on anti-H foods. pylori.

1- Probiotics
According to the researchers in this study, probiotics help fight H. pylori by secreting antibacterial substances such as lactic acid. In addition, they would also inhibit the mechanisms promoting the adhesion of bacteria. For example, it can be found in sourdough bread or fermented milk.

Another study on this subject indicated that in the long term, consumption of probiotic strains would reduce the risk of developing gastric inflammation.

2- Green tea
In the case of gastritis due to Helicobacter pylori infection, scientists show that green tea would help slow the growth of the bacteria and, if consumed before exposure to it, reduce inflammation of the gastric mucosa.

3- Broccoli sprouts
Broccoli sprouts can be used to relieve symptoms of Helicobacter Pylori infection, according to one study. Rich in sulforaphane, these plants are said to have antioxidant and anti-inflammatory properties allowing them to protect the gastric mucosa against oxidative stress.

4- Fish oil
According to laboratory tests, scientists have discovered that fish oil, among other oils rich in omega-3, has bacteriostatic properties against H. pylori. In other words, it would prevent their proliferation without eliminating them entirely.

Additional recommendations
In addition to including foods useful in fighting this bacteria, it is also necessary to avoid a few that, according to Bella Lindemann, could promote inflammation:

Finally, to avoid contamination, Dr. Jean-Marc Canard, former president of the French Society of Digestive Endoscopy in Paris, recommends washing your hands with soap regularly, and not sharing utensils or cutlery with a person with gastric disease.
Advertisement