The most considerate friends are not necessarily the best to be around. Sometimes those who are the most frank and the most direct are the most sincere. "Complacency makes friends, openness breeds hatred". This maxim, which sums up the complexity of human relationships, forces us to reflect on its basis. Would it be better to be with complacent people than to be frank with people to the point of being hurtful, but nevertheless more honest? While some favor diplomacy and delicacy in all human relationships, others swear by frankness, even if it should offend to the point of breaking a friendship. Being one or the other is just a matter of perception, education or beliefs. 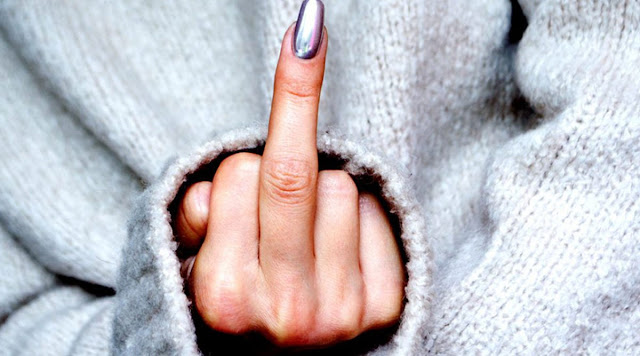 We often get confused when we face direct people, and many times we find it hard to accept their frankness that hurts. Their honesty confuses us and their so-called “frank” words overwhelm us. They may be right or wrong, but in many ways they only seek our interest in this righteousness that masks their affection. These people are to be cherished, here's why ...

1.They don't go four ways
Without wanting to offend you, they tell you the four truths opposite. It can be brutal but rewarding in the end. Don't we say that frankness is the very nature of truth!

2.They worry about you
Despite their blunt advice, they will always be there when you need them. Without invading you, they will be of good advice and will direct you towards the path which will correspond most to your ascent.

4.They make you smile
They don't let you down in your worst moments. They will be there, make you go out and make you smile. They may get it wrong, but it is always with honesty that they will shake you up for your good.

5.They hate lies
They are based on respect to communicate with you and will make it a point of honor to never lie to you and to reveal the truth to you whatever the outcome. They will have too much respect for you to adopt a hypocritical attitude.

6. Their friendship is sincere
You know they don't stab you in the back and will stay by your side in good times as well as in bad times.

7.They are passionate
They do not hide their passion and what they love in life. And often they combine this passion with pleasure in everything they do. For this reason, they succeed in their lives. There is nothing more exhilarating than loving what you do to reach the peak of your hard work.

8.They are often funny
Direct? yes they are, but they are no less fun because they can play down the worst situations and laugh at them to make you have a good time.

9.The change doesn't scare them
They know how to embrace change in order to evolve and invite renewal into their lives. They do not balk at any difficulty and face hazards with all the necessary resilience.

10.They have an open mind
They remain open to new ideas, new projects and listen to the opinions of others, without being closed. They are distinguished by this openness which characterizes them especially.

11.They don't hide their emotions
They say what they feel and don't hide their feelings under any circumstances. When they love, they show it and prove it, not with big statements but rather with convincing acts.

12. They are not afraid to apologize
When they are wrong, they admit their mistakes and apologize. Most of the time, some people out of zeal, ego or for fear of showing their vulnerability, refuse to admit guilt. But true friends know how to fix their fault, because in their eyes, excuse is the least of courtesies.
Advertisement