How To Use Sage To Cleanse Your House Of Negative Energy 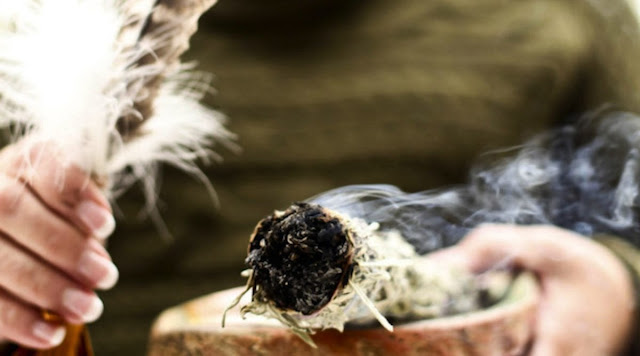 Ideal to get rid of negative energies and purifying your aura, the use of sage dates back to the Amerindian peoples. Here's how to use it. In a life governed by stress, responsibilities, obligations and constraints, positive energy is essential to optimize one's well-being. With the chaotic rhythm imposed by our modern society, it is therefore easy to be loaded with negative energy which influence our aura. To remedy this in a natural way, many people turn to purifying practices by using plants that have proven themselves since ancient times.

Queen of herbs, sage is a plant known to ward off negative energies and purify its space. Used by the Amerindian peoples, it includes nearly 900 species of plants called Salvia. Here's how to use it to purify your aura and the energies around you.

Salvia divinorum is a word that has its origins in the Latin word salvare, meaning "who saves". Despite its use which dates back to Ancient Greece, scientific interest in this plant is still recent. But it continues to grow in the face of research that increasingly shows the benefits of sage:

Sage is an excellent antibacterial according to this study published in the Journal of Microbiology. Sage is said to have antioxidant power thanks to its flavonoids, which help reduce oxidative stress caused by free radicals.

In addition to its antibacterial activity, it also has an anti-inflammatory effect according to this study in the journal BioMed Research. Sage could help fight insomnia and improve memory and concentration, the study found.

Finally, the plant improves the lipid profile in people who consume it in the form of an infusion, according to a study published in the International Journal of Molecular Sciences. Sage therefore has multiple benefits and is a real ally for your health.

How to use sage to purify your aura?

Before you start this ritual, try to have a positive mindset by preparing for it. Know that your intentions count as much as the effectiveness of this method. Choose a day when you are free, to have a calm and relaxed mind. The purifying action of sage takes place by burning the plant and using its fumes to free your space from negative energy. It is also an opportunity for you to relax and find yourself facing yourself.

To start, you will of course need sage, but also a container in which you can burn it safely. So be careful to choose an appropriate container.

In the latter, place a stick of sage and burn it with a candle or match for about 20 seconds. After this time, blow gently on the embers to release their smoke.

Now, you just need to hold your container and move slowly through all the rooms of your house to purify your aura as well as your space. Clear your mind during this process and try to relax. Also be sure to keep your face far enough away from the smoke so you don't breathe it directly.

When your ritual is finished, put out your stick by pressing the burning end against the bottom of your container, in sand or earth. Water should be avoided so as not to damage the sage and be able to use it later.

If sage is so much talked about, it is also because it has risen to the rank of essential Feng shui, an ancient art that advocates a thoughtful arrangement of its space to optimize the circulation of positive energy.

Indeed, although purification through plants has existed for decades, it has found its letters of nobility in a new setting, designed to combine tradition, spirituality and modernity.

For the followers of Feng Shui, sage is an essential element to attract the good energies around oneself and within his house. Its properties allow, according to this Japanese art, to inhibit fear, anxiety and anger.
Advertisement